Beaujolais is an important wine producing region in the east central part of France. It is often included as part of Burgundy but it has its own distinct characteristics and rules.

It covers an area that is 55 km north to south and about 15 km east to west. The region begins close to Mâcon in the north and ends near Villefranche-sur-Saone in the south, about 30 km north of Lyon.
Beaujolais is famous for its wine produced from Gamay, which is the only red variety that is allowed in the area. The area is characterized by granitic soils and rolling hills.

There are four defined levels of wine from Beaujolais: 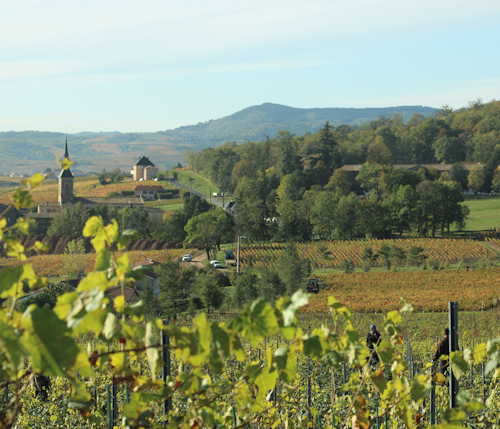